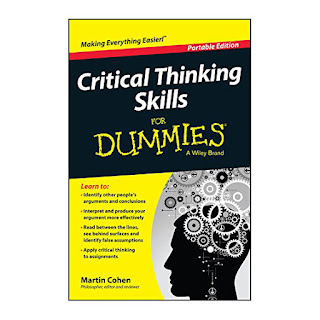 What are the 4 Principles of Critical Thinking?

In November 2018 I had the pleasure of chatting with Michael Frank about the ‘ingredients of the critical thinker’. (I’m not saying I have them all, mind!) Here's a bit of what we said:

Michael: If you were to build the perfect critical thinker in a lab, what habits or what qualities would they have?

Martin: Well, I recommend four principles. The first one is surely the most important!

Full interview at: Life Lessons: How to improve your critical thinking and argumentation skills