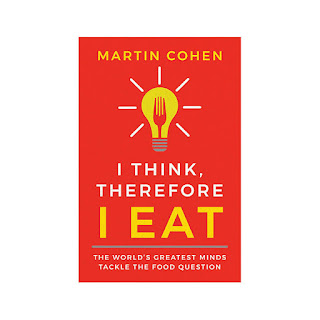 Readers who know my strong slant towards FRUIT AND VEG in I Think Therefore I Eat, will maybe be puzzled to find me taking on the vegans recently. Nonetheless, that is where I felt the truth of the extraordinarily complex food arguments lies and philosophy takes us where the truth is whether we like it or not!

The Observer (London) even accused me of waging ‘culture wars’ and wondered:

Is it possible that a combination of well-meaning philanthropists and large agricultural concerns have united to exploit health fears for financial gain, while neglecting the nutritional shortcomings in their recommendations?

Anyway, in the event I was delighted to work with the brilliant Frédéric Leroy on this article, which basically follows up a request he received from the influential European Food Agency to raise public awareness about the complexity of food issues and the implicatons of simple ‘one size fits all’ solutions.

Our piece kicked off a public information campaign which included coverage in the UK Independent and the London Observer - which took a vigorously and unsceptically PRO-vegan line, to mention just two of the most read of the many papers that followed up on us.

In 2020, the Hungarian Press specifically linked my book to the 'vegan foods' campaign, which was both nice of them and quite shrewd. But then, as Gergely Nagy, the journalist put it:


“Veganism, artificial meat & plant-based foods may not save the world but they will certainly transform civilization.. in the wrong direction..”
He then adds: “His brilliant work (!) I Think, Therefore I Eat.. is a readable, entertaining historical overview of food philosophies. However, his message is deadly serious... Food, including its production, distribution and consumption, is one of the pillars of human culture and civilization...”

A global powerful action against meat?

Will 2019 be remembered as the year of the EAT-Lancet intervention, arguing for a planetary shift to a so-called “plant-based” diet? Isn’t it remarkablehow meat, symbolizing health and vitality since millennia, is now often depicted as detrimental to our bodies, the animals, and the planet? Why exactly is the minoritarian discourse of vegetarianism and veganism currently all over the media? 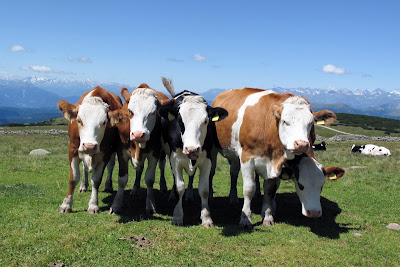